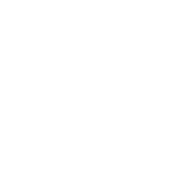 Jan became a Voice-Over artist rather by chance. After a desperate search for an ideal voice- over talent his voice finally ended up on his Audi spot. The creative and the client mutually agreed and hired him literally on the spot for further productions to come. In the meantime Jan has lend his charismatic voice for numerous international campaigns such as Samsung, Audi, Burger King, Deutsche Bahn etc.

Due to his distinctive sense in collaborating with his actors Jan profits as a natural voice over talent. He has developed an intuitive understanding for campaigns and has lend his unique voice to some memorable commercials. Jan spend numerous years in America (University) and Canada (High school) were he perfected his English.